Actinic keratosis (AK), is also known as solar keratosis. Some experts believe that AK is the earliest form of squamous cell carcinoma (SCC), a non-melanoma skin cancer, making it critical to seek treatment as soon as possible. The major cause of AK is chronic exposure to ultreviolet radiation (ie. sunlight).

AK appears more frequently on typically sun-exposed parts of the body: face, neck, scalp, hands, shoulders, arms and back. The rim of the ear and lower lip are especially vulnerable.

Actinic cheilitis is a type of AK occurring on the lips. It causes them to become dry, cracked, scaly and pale or white. It mainly affects the lower lip.

Today 60% of all Canadians over the age of 40 have at least one AK lesion – as the population ages, occurrences of AK will increase. Generally, AKs occur more frequently amoung people who: 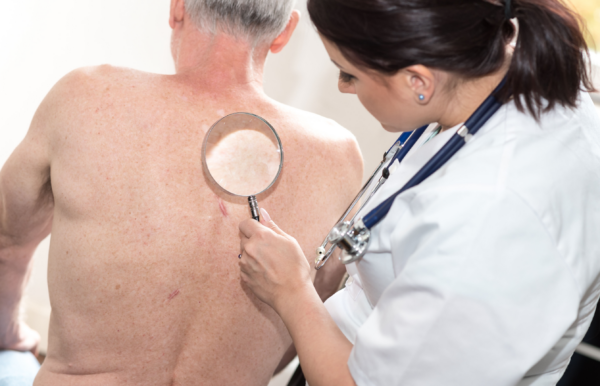 In recent years, the diagnosis has increased worldwide – including among people younger than 45 years of age.

What to look for?

The most common appearance of AK is a scaly plaque on a red base. They are typically: