Squamous cell carcinoma (SCC), the second most common skin cancer after basal cell carcinoma, afflicts more than 20,000 Canadians each year. It arises from the epidermis and resembles the squamous cells that comprise most of the upper layers of skin. SCCs may occur on all areas of the body including the mucous membranes, but are most common in areas exposed to the sun. Although SCCs usually remain confined to the epidermis for some time, they eventually penetrate the underlying tissues if not treated. When this happens, they can be disfiguring. In a small percentage of cases, they spread (metastasize) to distant tissues and organs and can become fatal. SCCs that metastasize most often arise on sites of chronic inflammatory skin conditions or on the mucous membranes or lips. 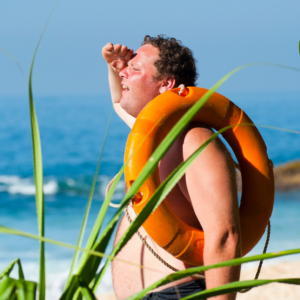 Chronic exposure to sunlight (ie. sunlight) causes most cases of SCC. That is why tumours appear most frequently on sun-exposed parts of the body: the face, neck, bald scalp, hands, shoulders, arms, and back. The rim of the ear and the lower lip are especially vulnerable to the development of these cancers. Indoor tanning is a known risk for all forms of skin cancer, including SCC. SCCs may also occur where skin has suffered certain kinds of injury: burns, scars, long-standing sores, sites previously exposed to X-rays or certain chemicals (such as arsenic and petroleum by-products).

In addition, chronic skin inflammation or medical conditions that suppress the immune system over an extended period of time may encourage development of SCC. Patients on long-term immunosuppressive drugs or those whose systems may be immunosuppressed due to illness are at higher risk for the development of SCC. Occasionally, SCC arises spontaneously on what appears to be normal, healthy, undamaged skin. Some researchers believe this may be the result of genetics. 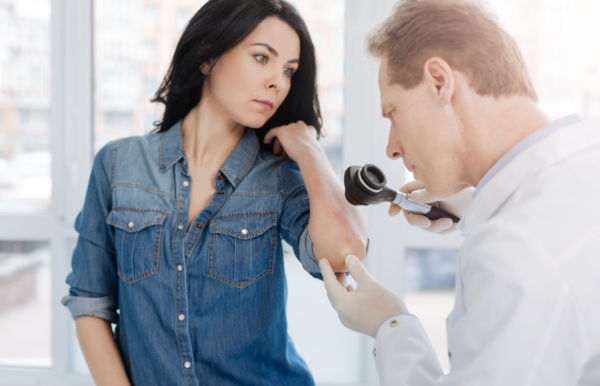 Anyone with a substantial history of sun exposure can develop SCC. But people who have fair skin, light hair, and blue, green, or gray eyes are at highest risk. Those whose occupations require long hours outdoors or who spend extensive leisure time in the sun are in particular jeopardy. Transplant patients on long-term immunosuppressive drugs are at higher risk for the development of SCC.

What to look for?

SCCs occur most frequently on areas of the body that have been exposed to the sun for prolonged periods. Usually, the skin in these areas reveals telltale signs of sun damage, such as wrinkling, changes in pigmentation and loss of elasticity.  It is important to look for the ‘ugly duckling’ among lesions on sun-damaged skin.  Spots that do not resemble the rest and are irregularly shaped, large, appear in different shades of colour, and have evolved over time should warrant further investigation:

White patches or plaques on the tongue, lip, or inside of the mouth, arising in the mucous membranes, that have the potential to develop into SCC are called leukoplakia. Although the exact cause is unknown, several risk factors have been suggested, including smoking and ultraviolet radiation (sunlight). Although chronic mechanical irritation, such as rough teeth or rough dentures, can cause white patches in the mucous membrane due to a callous effect, this is usually not a cause of true premalignant oral leukoplakia.

This is generally considered to be a superficial SCC that has not yet spread. It appears as a persistent red–brown, scaly patch, which may resemble psoriasis or eczema. If untreated, it may invade deeper structures. 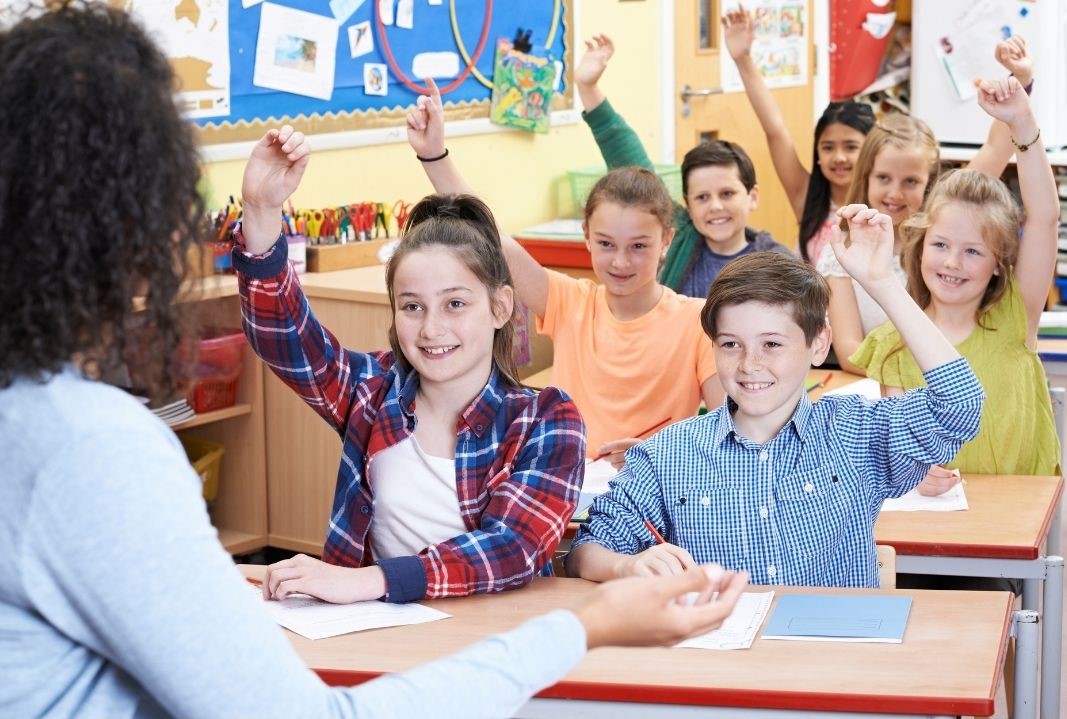